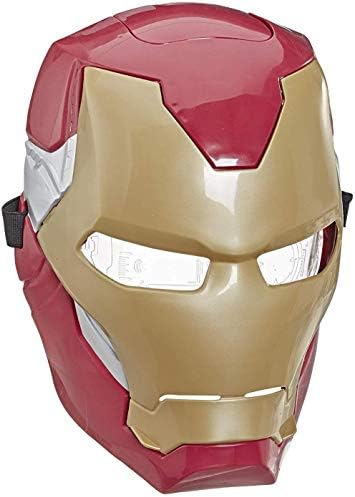 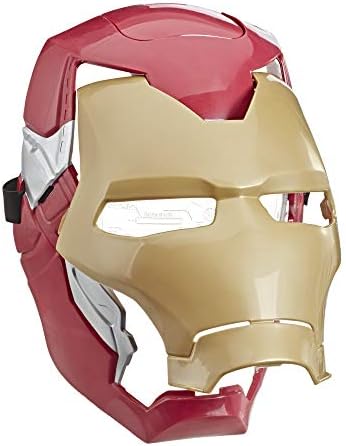 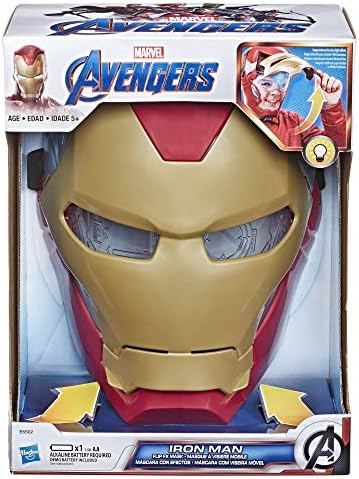 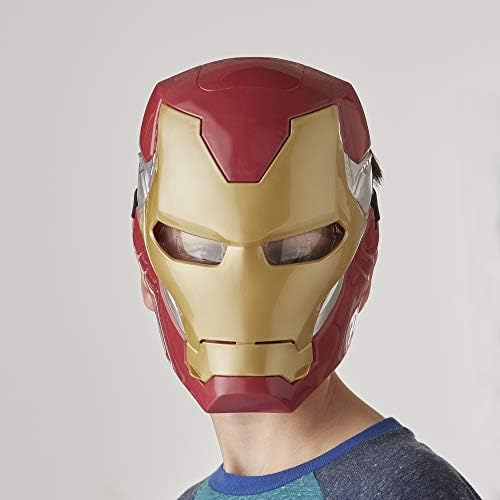 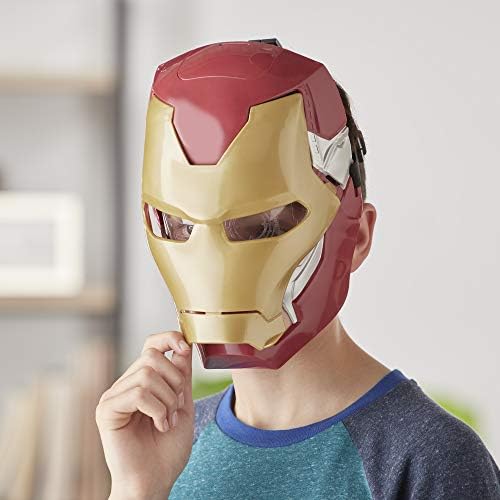 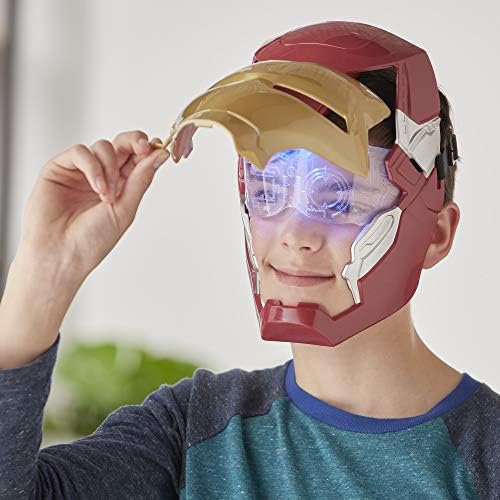 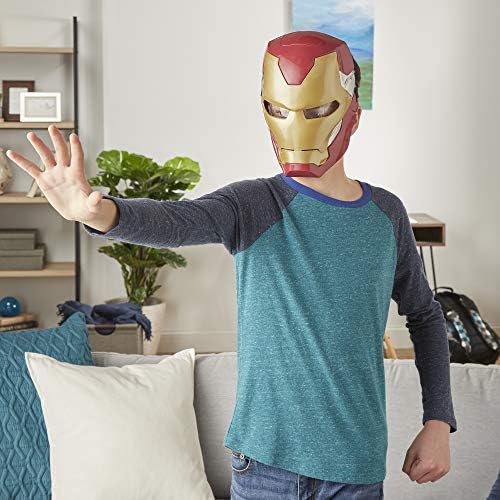 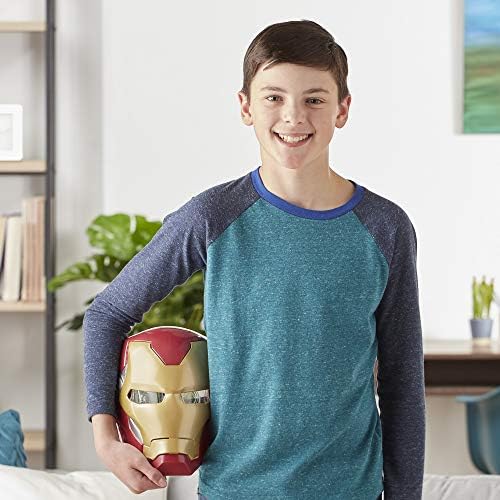 Suit up like Tony Stark! Lifting the face of this Iron Man Flip FX Mask activates lights to simulate the interior view of Stark’s high-tech helmet. With 2 mask views, wearers can choose between flipping the mask up to deliver a witty one-liner, or closing it to focus on combat moves like Iron Man’s signature repulsor blast. The Iron Man Flip FX Mask is gear worthy of The Avengers’ most tech-savvy Super Hero. The design of this Iron Man mask is inspired by the Avengers movie franchise, part of the Marvel Cinematic Universe. Kids can imagine filling the role of the armored Avenger and fighting to defend the universe alongside fellow Marvel Super Heroes like Spider-Man, Captain America, Hulk, and Thor. Mask includes an adjustable strap to fit most apprentice Avengers. Copyright 2019 MARVEL. Hasbro and all related terms are trademarks of Hasbro.
100% Plastic
MASK LIGHT FX: Flip mask up to activate light effects similar to the interior view of Tony Stark’s high-tech helmet. Kids can imagine they are geared up for a classic Marvel Avengers-style battle as the indestructible Iron Man.
FITS MOST APPRENTICE AVENGERS: With an adjustable strap, the Iron Man Flip FX Mask fits most head sizes. As long as your head isn’t as huge as Hulk’s or as tiny as Ant-Man’s, you can wear this mask.
MOVIE-INSPIRED DESIGN: Inspired by the Avengers movie franchise, part of the Marvel Cinematic Universe, which includes movies like Avengers: Endgame, Captain Marvel, and Black Panther.
SUIT UP LIKE IRON MAN: Iron Man Flip FX Mask allows kids to imagine being Tony Stark and battling alongside fellow Avengers like Thor, Captain America, and Black Widow to defend the universe from Thanos and his Infinity Gauntlet.
LOOK OUT FOR OTHER AVENGERS: ENDGAME ROLE-PLAY GEAR: Look for other role-play gear inspired by the Avengers movies. Dress up as other Marvel characters or team up with friends to form an Avengers-style team of Super Heroes.

Added to wishlistRemoved from wishlist 0
Add to compare
$19.99