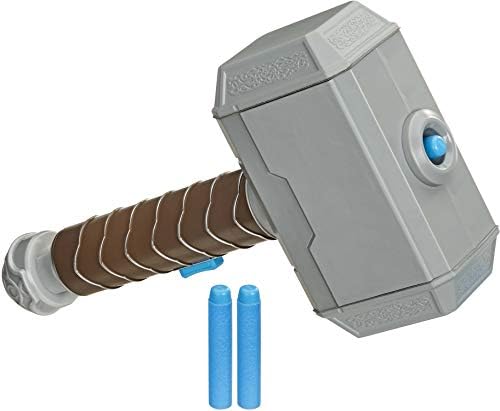 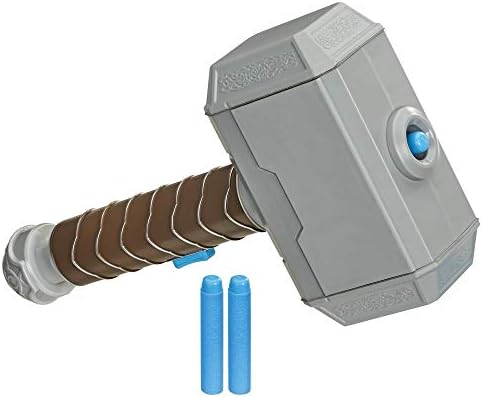 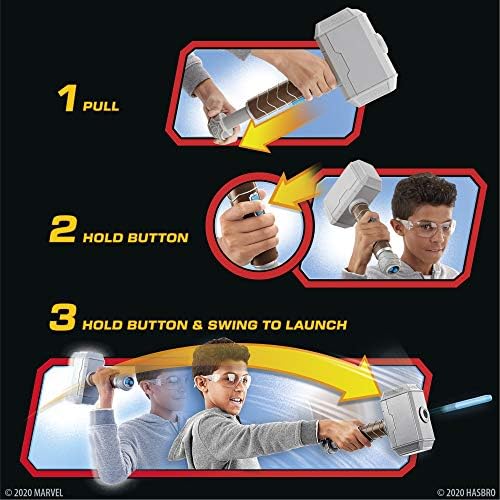 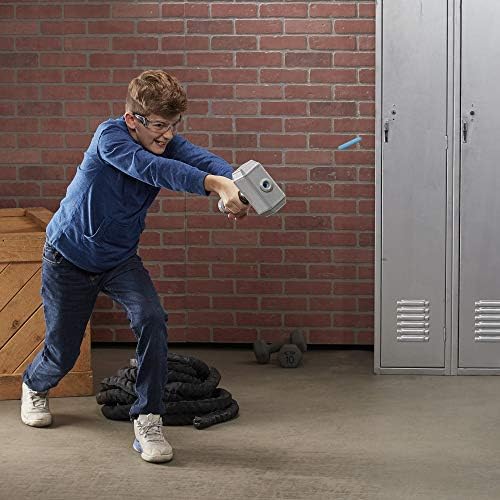 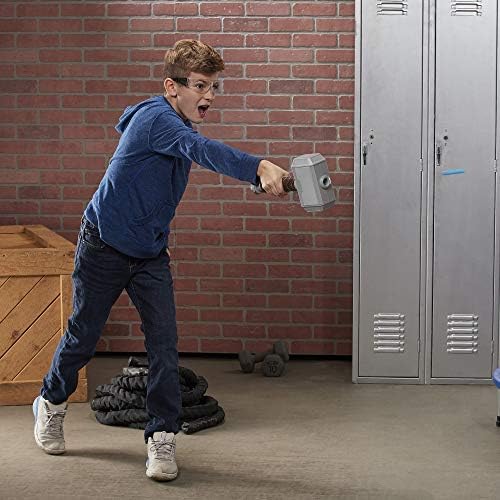 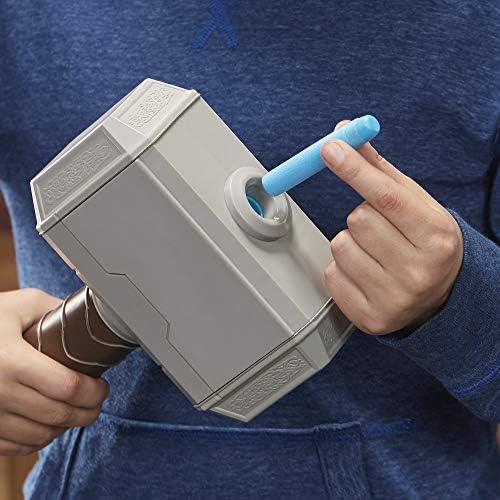 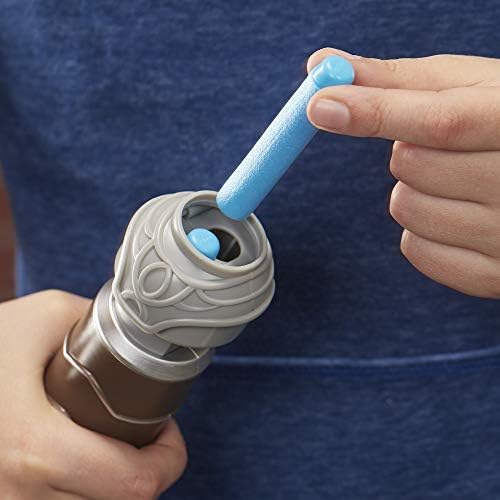 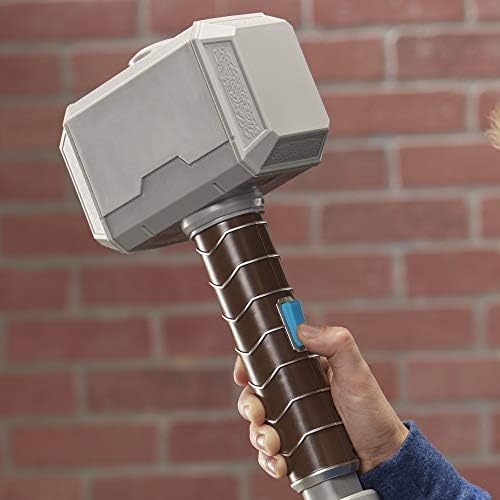 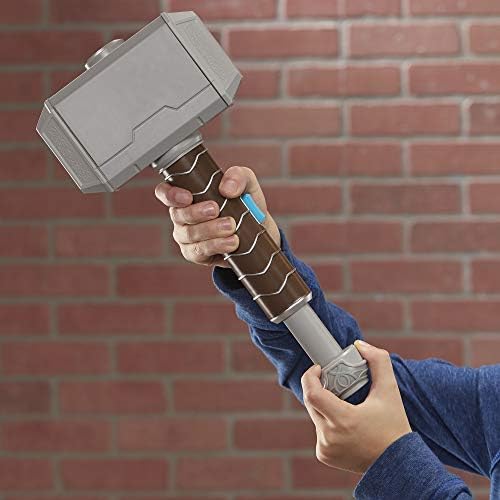 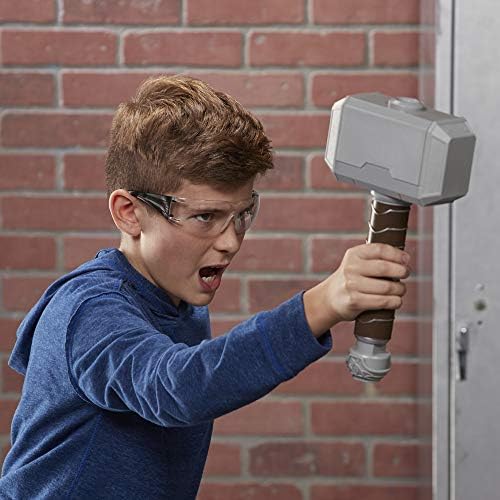 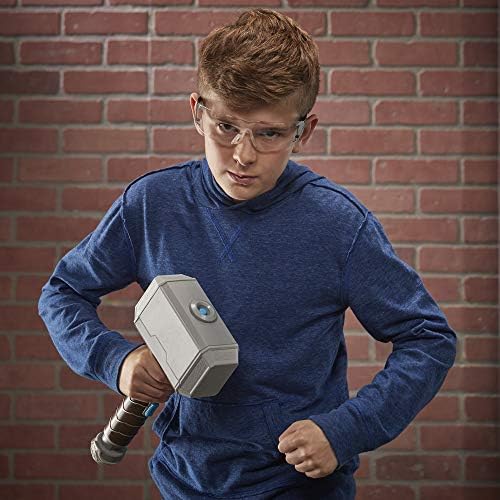 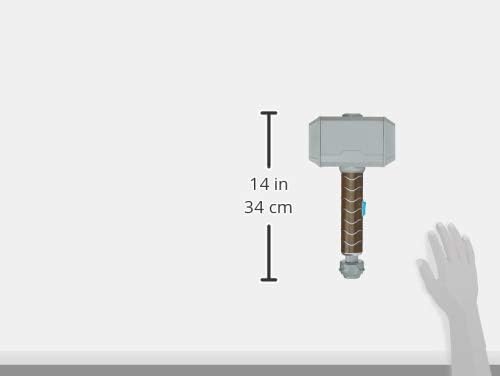 When Asgard or Earth is threatened, the lightning-powered warrior Thor, son of Odin, charges in with his hammer Mjolnir to save the day! There’s more to being a super hero than capes and fancy suits. Being a super hero is about defending justice and knowing when it’s time to fight as a team! Kids can imagine powering up for action alongside their favorite super heroes, like Iron Man, Captain America, Spider-Man, Black Widow, Hulk, Black Panther, Thor, and more, with Avengers figures and roleplay! Avengers, Assemble! With the NERF Power Moves Marvel Avengers Thor Hammer Strike roleplay toy, kids ages 4 and up can imagine gearing up for battle and wielding the mighty Mjolnir like the warrior Thor! Boys and girls will love pretending they are Thor, holding down the button on the Mjolnir toy hammer and performing the Hammer Strike move to launch a NERF dart! Copyright 2019 Marvel. Hasbro and all related terms are trademarks of Hasbro.
THOR: Thor, son of Odin, lightning-powered warrior, uses his super-powers to protect both his home of Asgard and planet Earth from evil
ICONIC MARVEL CHARACTER-INSPIRED DESIGN: Inspired by the mighty Super Heroes of the Marvel Universe, these Power Moves roleplay toys for kids ages 5 and up offer exciting Marvel roleplay action and adventure
HAMMER STRIKE ATTACK: Boys and girls can imagine protecting the world of Asgard as Thor! Hold down the button and perform a Hammer Strike move to launch a NERF dart
FROM THE MARVEL UNIVERSE: The astonishing 80-year history of Marvel is jam-packed with excitement, action and adventure, and colorful characters like Iron Man, Spider-Man, Captain America, Captain Marvel, Black Panther, Black Widow, and more
COLLECTIBLE TOYS: Look for other NERF Power Moves Marvel Avengers roleplay toys to start a collection, swap with friends, and give as gifts (Each sold separately. Subject to availability. )

Added to wishlistRemoved from wishlist 0
Add to compare
$16.99