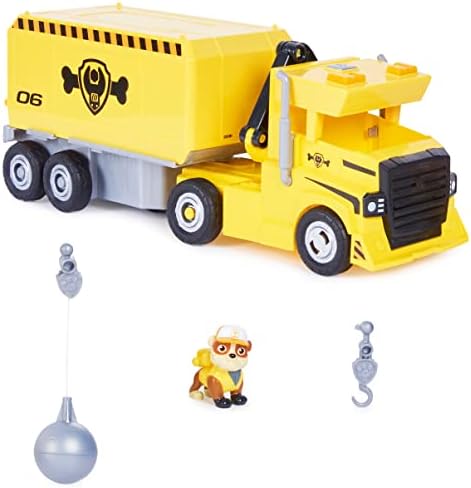 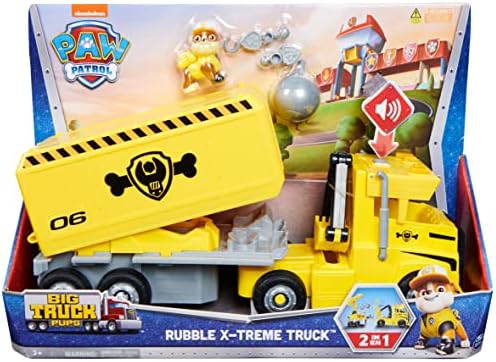 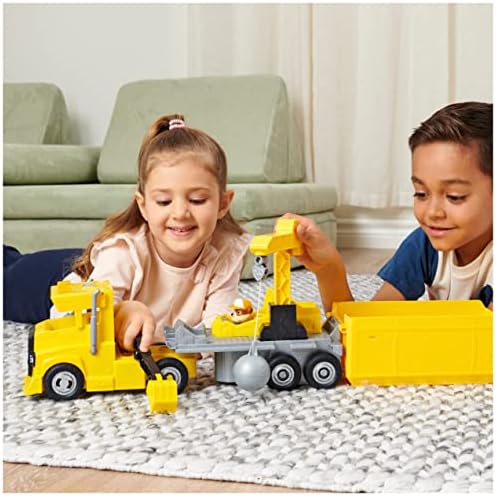 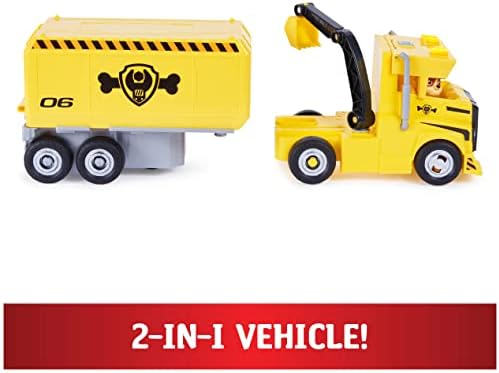 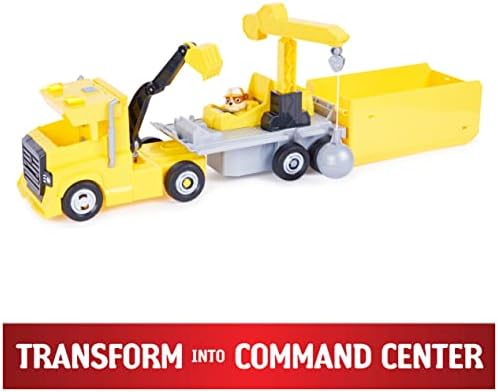 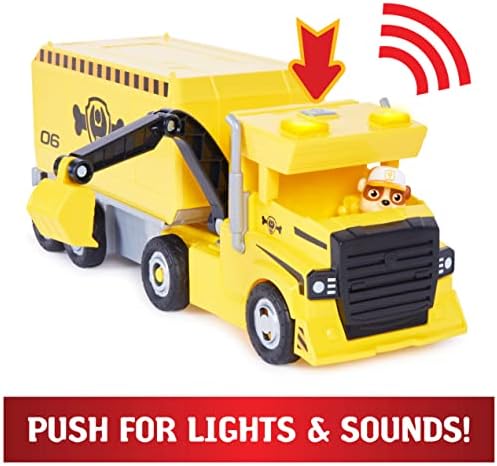 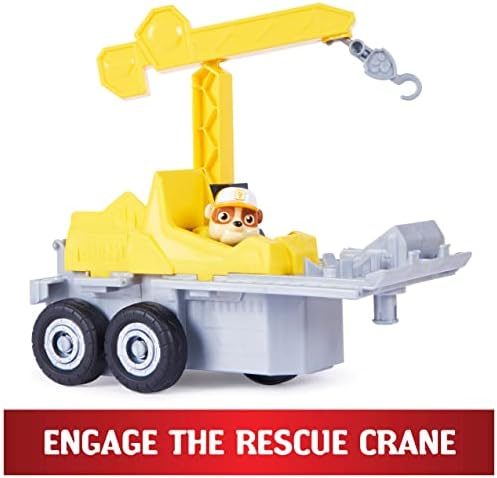 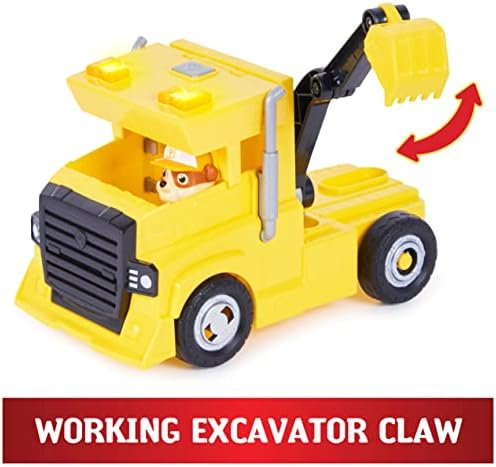 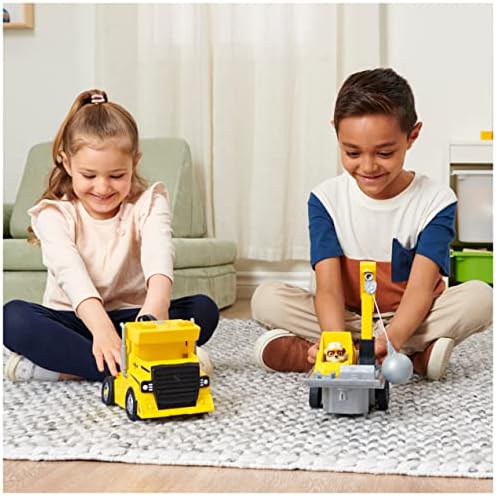 Extreme, Big Truck Pup, rescue missions call for the Rubble X-Treme Truck! This humungous rescue truck, from the PAW Patrol: Big Truck Pups, looks just like the massive construction rescue truck from the show! Featuring an epic transformation, into 2 separate rescue vehicles, complete with an excavator claw, an extendable crane toy, a giant wrecking ball and a material storage unit. Plus, realistic lights and sounds from the show! Rubble’s X-Treme truck is the ultimate PAW Patrol Big Truck Pup rescue-rig for all your series-inspired rescue missions! Imagine opening the roof of the truck cab to put Rubble in the driver’s seat and pressing the PAW badge button on the roof to activate the lights and sounds, then driving off and arriving on the scene with this mega rescue truck, disengaging the trailer so you can take the excavator toy to one area, then transforming the trailer into command center mode to reveal the building toys, so Rubble can use the wrecking ball to clear away obstacles! Afterwards, switch out the wrecking ball for the crane hook and pretend to load the debris into the material storage unit! After saving the day in Adventure Bay, transform the trailer back and hook it up to the truck toy and speed off towards your next mission! Use your imagination to re-create your favorite PAW Patrol rescue missions from the series, like the Mighty Pups and the PAW Patrol Movie, or create entirely new adventures with all of the PAW Patrol pups. (each sold separately) For even more series-inspired rescues, add the PAW Patrol: Big Truck Hero Pups, like Chase, Marshall, Skye and the rest of the team, to your collection, along with the exciting Truck Stop HQ (figures and playsets sold separately). PAW Patrol action figures, toy cars, playsets and stuffed animals are the perfect toys for boys and girls aged 3 and up, so team up with Rubble and his X-Treme Truck to bring home the action of PAW Patrol: Big Truck Pups!
TRANSFORMING TOY TRUCKS: This PAW Patrol toy truck features epic transformations, like in the show! Disengage the trailer to be in two places at once, for twice the rescue action!
COMMAND CENTER MODE: Disengage the trailer and transform into command center mode, to reveal the excavator toy and a retractable crane toy, and other construction toys!
LIGHTS AND SOUNDS: Lift up the truck roof to put Rubble in the driver’s seat and press down on the PAW Patrol badge on the roof, to activate the lights, sounds and music from the show!
COLLECT THEM ALL: For more fun, collect all the PAW Patrol toys like the Big Truck Pup kids toys, PAW Patrol movie toys, dragon toys, stuffed animals, toy figures and playsets (each sold separately)!
LEARNING AND EDUCATION TOYS: PAW plush toys and toy cars are toys for boys and girls that enjoy building toys! Great gifts for kids 3 and up, as an alternative to dolls, dinosaur toys or a train set.
Includes: 1 Rubble X-Treme Truck, 1 Rubble Action Figure, 1 Wrecking Ball, 1 Crane Hook, 1 Sticker Sheet, 1 Instruction Sheet
Covered by the Spin Master Care Commitment. See below for full details

Added to wishlistRemoved from wishlist 0
Add to compare
$34.99